Hunting Quotes: Hunting is a sport that comprises hunting, pursuing, and killing wild animals and birds. Hunters call their targets ‘game’, they hunt with guns in the recent era but bow and arrow are the most used hunting weapons. Genuine hunters like spending time in nature. They are fascinated by nature and wildlife. Real hunters see hunting as a heritage that puts their talents and abilities to challenge. We have compiled a collection of famous hunting quotes and hunting sayings, as well as numerous short and funny quotes. You will also find hunting quotes with images, to get you excited and ready for your own hunting plans. So, what are you holding out for? Choose your favorite quotes to motivate yourself and others to go hunting.

“No, I’m not a good shot, but I shoot often.” – Theodore Roosevelt

“The mind can be hunted, but hunting needs the mind.” – Waheed Ibne Musa

“My dinner is still in the woods.” – Unkown 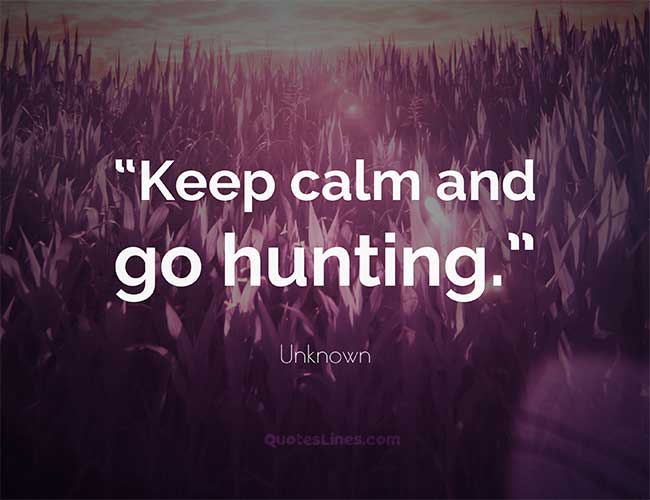 “Hunt in every jungle, for there is wisdom and good hunting in all of them.” – African Proverb

“Hunting, fishing, drawing, and music occupied my every moment. Cares I knew not and cared naught about them.” – John James Audubon

“For us, hunting wasn’t a sport. It was a way to be intimate with nature.” – Ted Kerasote

“A hunt based only on the trophies taken falls far short of what the ultimate goal should be.” – Fred Bear 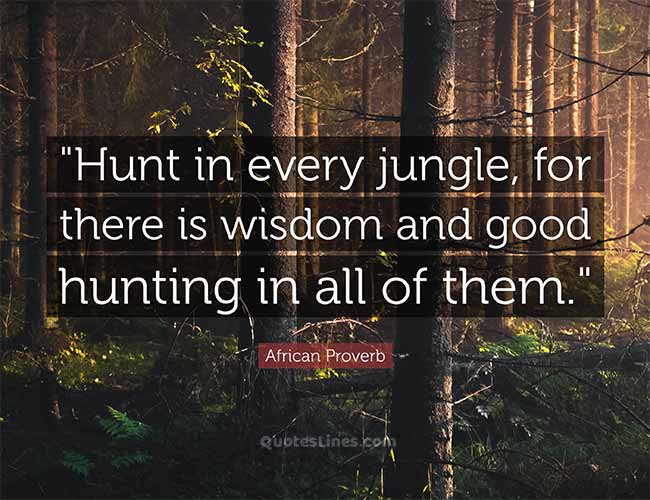 “In a civilized and cultivated country, wild animals only continue to exist at all when preserved by sportsmen.” – Theodore Roosevelt

“If the hunter comes back with mushrooms, don’t ask him how his hunt was.” – Ghanaian Proverbs

“Find what you want. Then hunt it down and kill it.” – Unkown 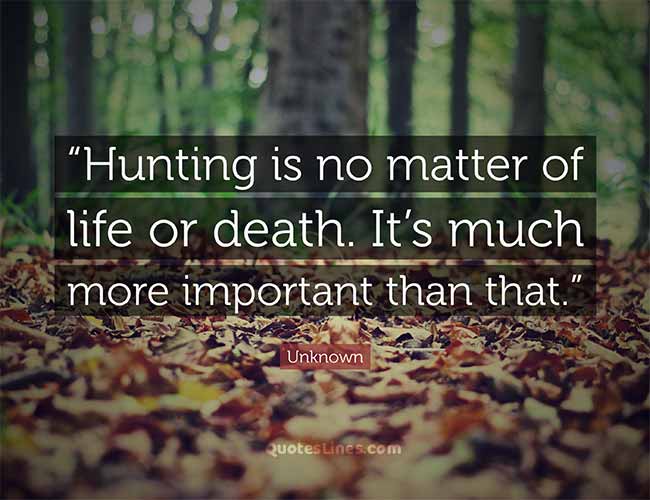 “Hunting is not a blood sport. It’s a sport that’s in my blood.” – Unkown

“Perhaps I should not have been a fisherman, he thought. But that was the thing that I was born for.” – Ernest Hemingway

“They say this soul hunting will cost me my sanity, I say I’d go insane if I stop.” – Anjum Choudhary 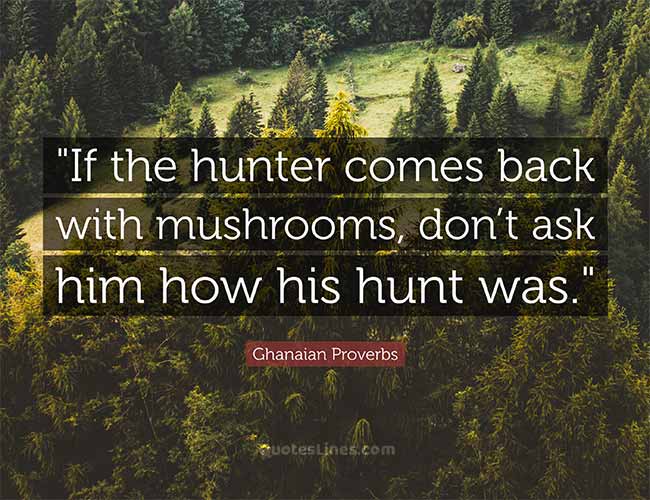 “All the sounds of this valley run together into one great echo, a song that is sung by all the spirits of this valley. Only a hunter hears it.” – Chaim Potok

“I’d rather get my brains blown out in the wild than wait in terror at the slaughterhouse.” – Craig Volk

“Many a deer has survived to the next season because of a guy named Jack Daniels.” – Unknown

“My companions ate the bear. I found I had no appetite.” – Rachel Hartman 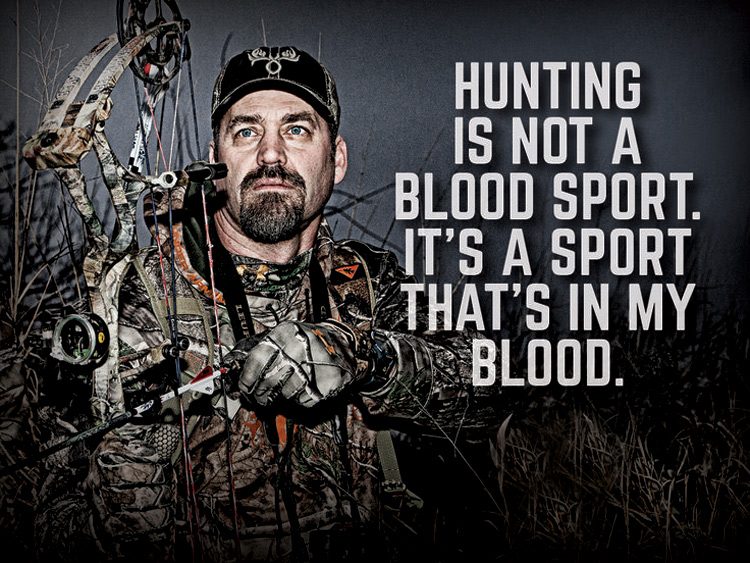 “The search for a scapegoat is the easiest of all hunting expeditions.” – Dwight D. Eisenhower

“There’s an absolute surety to the hands-on conservation lifestyle of hunting, fishing, and trapping where you know you’re going to consume today.” – Ted Nugent

“Men need to hunt. She obviously understands this. She’s offering herself as prey. Not easy prey. But willing.” – Willow Madison 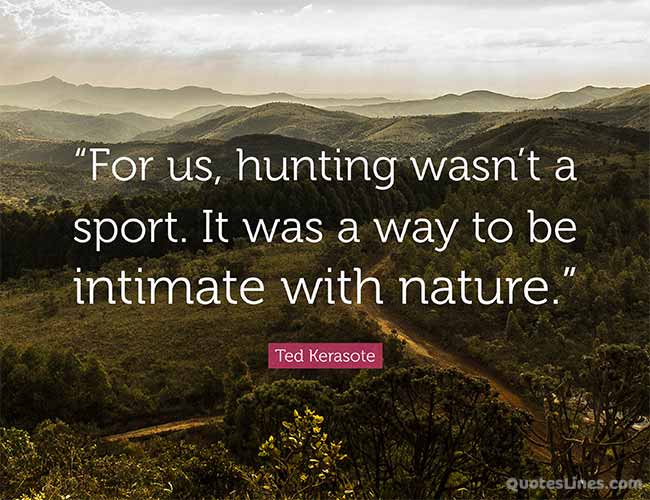 “You not only are hunted by others, you unknowingly hunt yourself.” – Dejan Stojanovic

“Hunting is no matter of life or death. It’s much more important than that.” – Unknown

“I had this dream about you. We went hunting up in the mountains and I caught a unicorn. You told me now I know how it feels to be you.” – Crystal Woods

“Hunting has opened the earth to me and lets me sense the rhythms and hierarchies of nature.” – Charles Fergus

“Wildlife and its habitat cannot speak, so we must and we will.” – Theodore Roosevelt

“If some animals are good at hunting and others are suitable for hunting, then the Gods must clearly smile on hunting.” – Aristotle 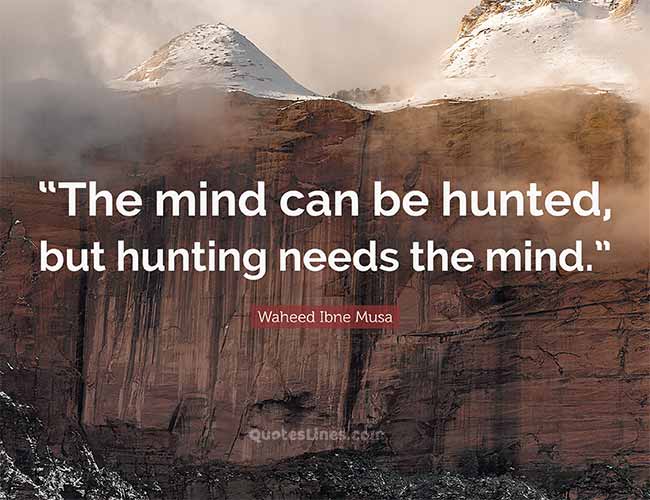 “There is a passion for hunting something deeply implanted in the human breast.” – Charles Dickens

“Hunting is not a sport. In a sport, both sides should know they’re in the game.” – Paul Rodriguez

“The old man used to say that the best part of hunting and fishing was the thinking about going and then talking about it after you got back.” – Robert Ruark

“I never know which is worse: the sorrow when you hit the bird or the shame when you miss it.” – Julian Fellowes

“You must not only aim right but draw the bow with all your might.” – Henry David Thoreau 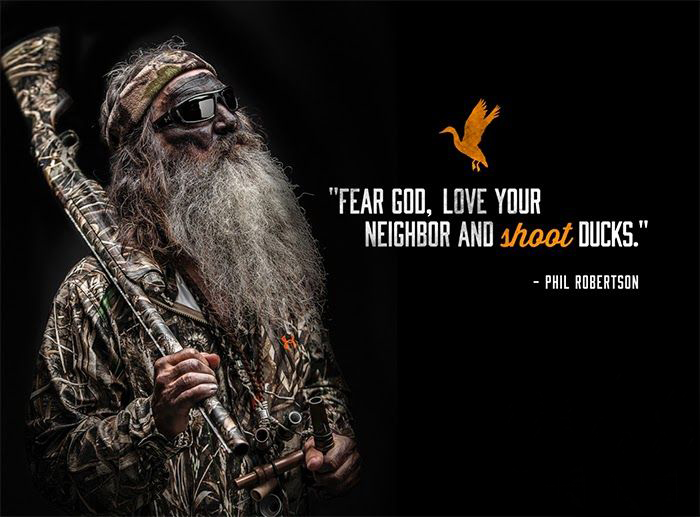 “Immerse yourself in the outdoor experience. It will cleanse your soul and make you a better person.” – Fred Bear

“I’ll never apologize for being a hunter.” – Unknown

“You have to think about one shot. One-shot is what it’s all about. A deer’s gotta be taken with one shot.” – Robert De Niro

“How can a deer tell when a leaf falls silent in the forest? She hears it breathing differently.” – Richard Bach

“The man who hunts a deer does not gaze at the mountains.” – Takeda Nobushige 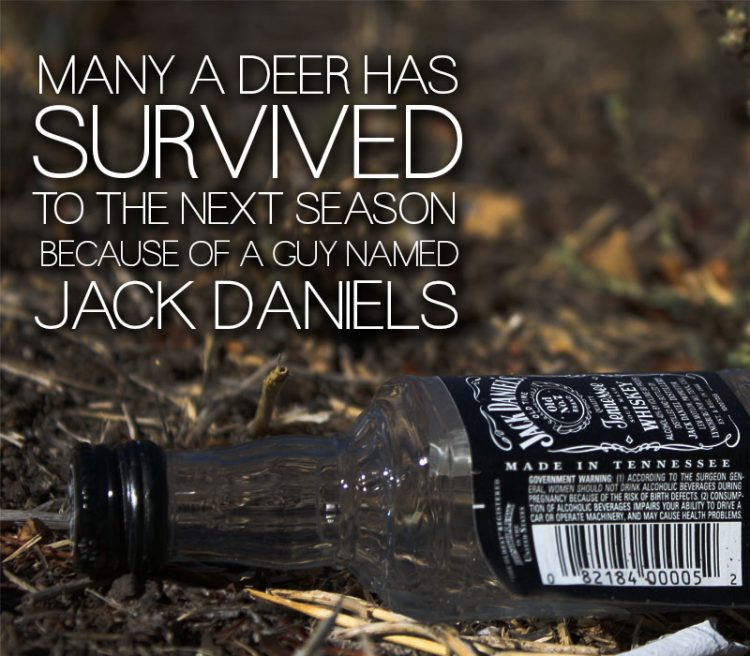 “Everything pales in comparison to deer.” – Bill Vaughan

“We’re like a deer caught in the headlights.” – Charles Jenkins

“Never wrestle with pigs. You both get dirty and the pig likes it.” – George Bernard Shaw

“I am fond of pigs. Dogs look up to us. Cats look down on us. Pigs treat us as equals.” – Winston S. Churchill

“How the little piglets would grunt if they knew how the old boar suffered.” – Ragnar Lodbrok 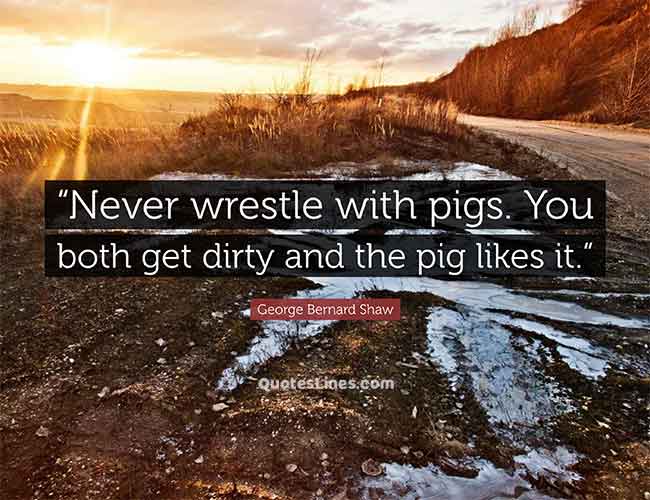 “Fishing from a boat seems like dilettante bullshit – like hunting wild boar with a can of spray paint from the safety of a pick-up truck.” – Hunter S. Thompson

“Men, and pigs, are hard on women who sacrifice their virtue, especially for love.” – Mattis Tannhouser.

“We do not recognize our souls until they are in pain.” – James O’Barr

“Some men are mere hunters; others are turkey hunters.” – Archibald Rutledge

“The bird possesses a remarkable ability to turn arrogance into hopelessness.” – Tom Kelly 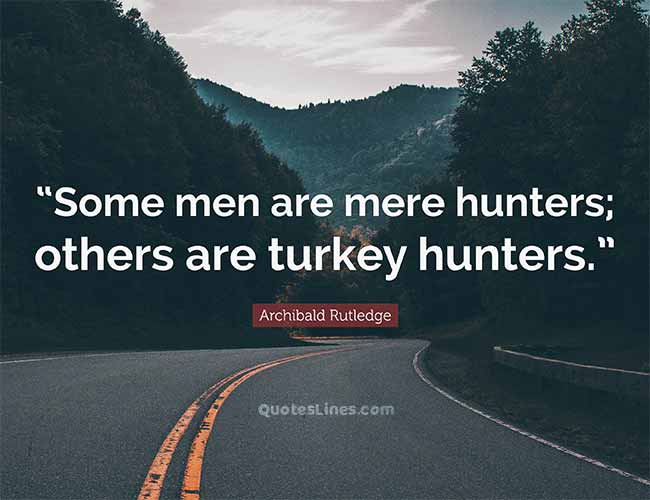 “If you want to soar like an eagle in life, you can’t be flocking with the turkeys.” – Warren Buffett

“The best way to thaw a frozen turkey? Blow in its ear.” – Johnny Carson

“When turkeys mate they think of swans.” – Johnny Carson

“Thanksgiving day. Let us all give humble, hearty, and sincere thanks now, but the turkeys.” – Mark Twain

“I love Thanksgiving turkey… It’s the only time in Los Angeles that you see natural breasts.” – Arnold Schwarzenegger

Hunting exposes you to nature and wildlife, and you might feel a feeling of survival when chasing, targeting, and hunting game. Hunting necessitates precise abilities in locating the game and capturing it without alerting other wildlife of your presence so that they may become the next target of your hunting. It is a sport that requires both physical and mental skills.

If you are seeking hunting season inspiration as well as quotes to help you motivate your hunting mates to join you in yet another great hunting session, you have come to the correct place. We’ve gathered a list of famous hunting quotes and sayings to get you and your hunting mates excited and ready for this year’s hunt. We also have images attached from around the world with the quotes about hunting, so you may recall your previous hunting seasons and look forward to such games in your upcoming hunting session. Choose the perfect quote to get you pumped up and ready to go hunting this year. What are you waiting for? We have all of the quotes you need right here.