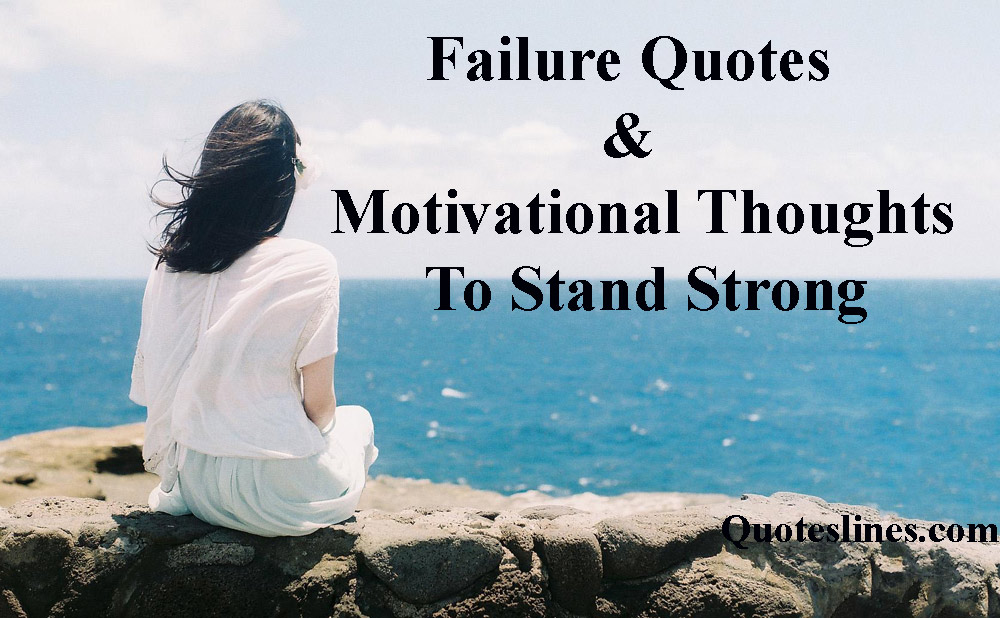 Failure is not a permanent situation for those who dare to face it with lots of courage and stand again with more confidence then before. However there are no greater success ever achieved without failure and otherwise it’s a stepping stone of success. Do you know, it takes 10,000 attempts for Thomas Alva Edison to create a light bulb and 5126 attempts for James Dyson to make a bagless vacuum cleaner. So, never fail to try! Now, scroll down and just take a look through these best Failure Quotes and motivational thoughts on failure which can re-energize yourself to try again with courage and strength!

Powerful Quotes On Failure With Images

There is no failure except in no longer trying. – Chris Bradford

Failure isn’t fatal, but failure to change might be. – John Wooden

Failing to prepare is preparing to fail. – John Wooden 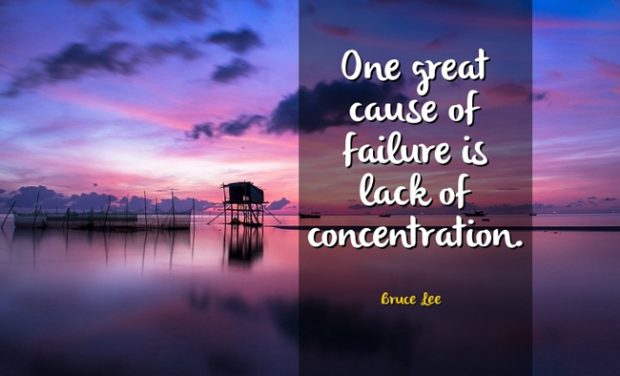 One greatest cause of failure is lack of confidence. – Bruce Lee

You may have to fight a battle more than once to win it. – Margaret Thatcher

Great services are not canceled by one act or by one single error. – Benjamin Disraeli

Failure is the key to success; each mistake teaches us something. – Morihei Ueshiba 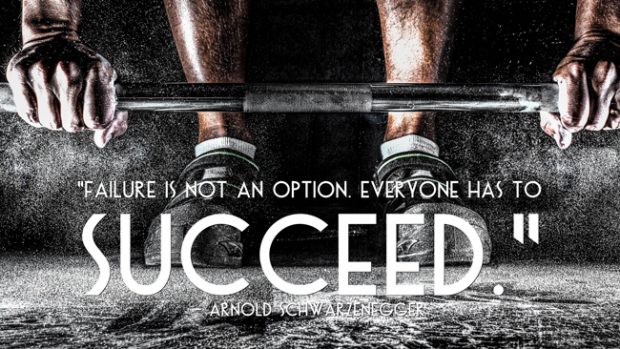 Failure is not an option. Everyone has to succeed. – Arnold Schwarzenegger

Failure is the foundation of success, and the means by which it is achieved. – Lao Tzu

I can accept failure, everyone fails at something. But I can’t accept not trying. – Michael Jordan

The only real failure in life is not to be true to the best one knows. – Buddha

It’s failure that gives you the proper perspective on success. – Ellen DeGeneres

Sometimes by losing a battle you find a new way to win the war. – Donald Trump 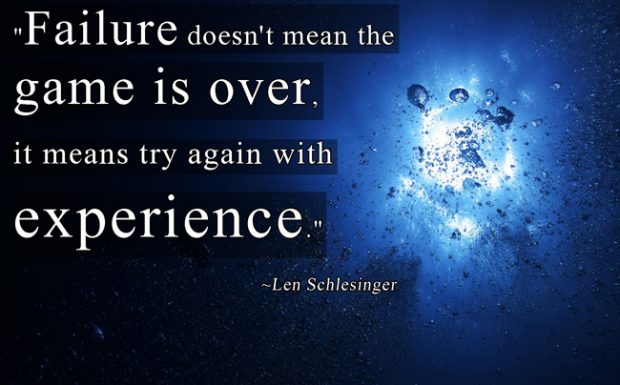 Failure doesn’t mean the game is over, it means try again with experience. – Len Schlesinger

Failure comes only when we forget our ideals and objectives and principles. – Jawaharlal Nehru

It is hard to fail, but it is worse never to have tried to succeed. – Theodore Roosevelt

It is better to fail in originality than to succeed in imitation. – Herman Melville

Sometimes it takes a good fall to really know where you stand. – Hayley Williams 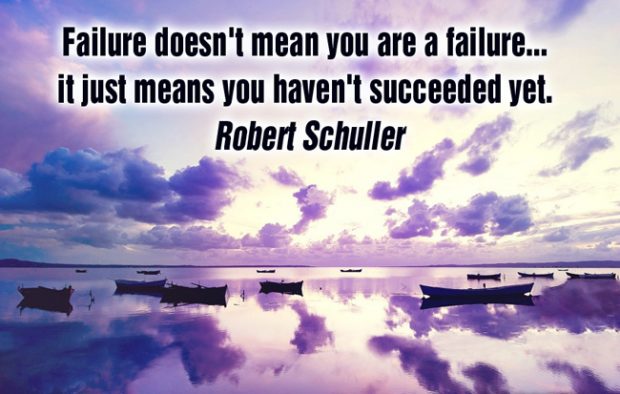 Failure doesn’t mean you are a failure… it just means you haven’t succeeded yet. – Robert Schuller

There is no innovation and creativity without failure. Period. – Brene Brown

The wise say that our failure is to form habits: for habit is the mark of a stereotyped world. – Anthony C. Grayling

Think like a queen. A queen is not afraid to fail. Failure is another steppingstone to greatness. – Oprah Winfrey

Success is not final, failure is not fatal: it is the courage to continue that counts. – Winston Churchill

If you’re not prepared to be wrong, you’ll never come up with anything original. – Ken Robinson 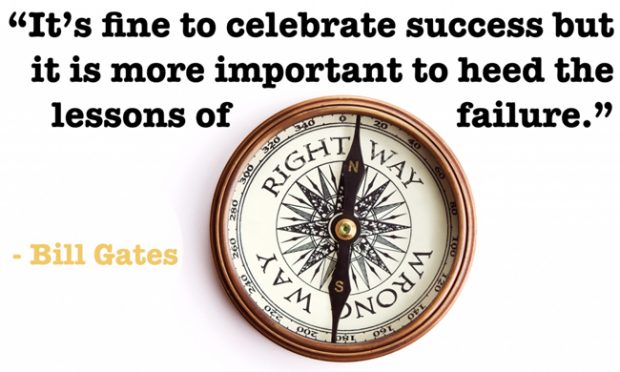 It’s fine to celebrate success but it is more important to heed the lessons of failure. – Bill Gates

In order to succeed you must fail, so that you know what not to do the next time. – Anthony J. D’Angelo

You may only succeed if you desire succeeding; you may only fail if you do not mind failing. – Philippos

If you aren’t getting rejected on a daily basis, then your goals aren’t ambitious enough. – Chris Dixon

Failures are finger posts on the road to achievement. – C.S. Lewis

Giving up is the only sure way to fail. – Gena Showalter 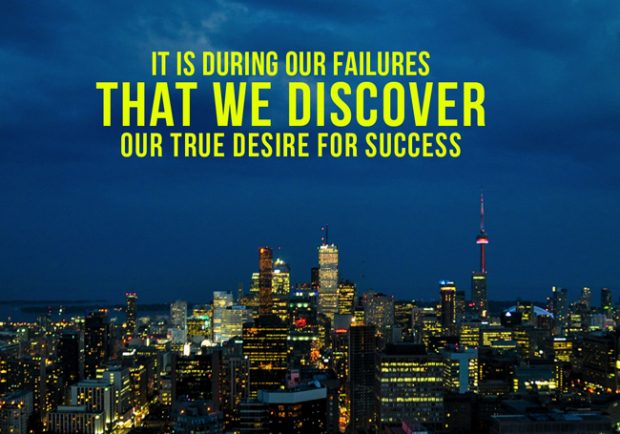 It is during our failures that we discover our true desire for success.

We may encounter many defeats but we must not be defeated. – Maya Angelou

Only those who dare to fail greatly can ever achieve greatly. – Robert F. Kennedy

There is only one thing that makes a dream impossible to achieve: the fear of failure. – Paulo Coelho

If you set your goals ridiculously high and it’s a failure, you will fail above everyone else’s success. – James Cameron 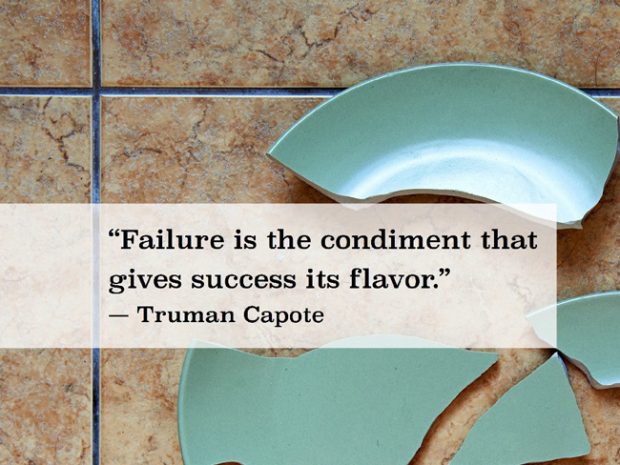 Failure is the condiment that gives success its flavor. – Truman Capote

You learn more from failure than from success. Don’t let it stop you. Failure builds character.

Failure will never overtake me if my determination to succeed is strong enough. – Og Mandino

If you don’t try at anything, you can’t fail… it takes back bone to lead the life you want. – Richard Yates

Our greatest fear should not be of failure … but of succeeding at things in life that don’t really matter. – Francis Chan

Many of life’s failures are people who did not realize how close they were to success when they gave up. – Thomas A. Edison 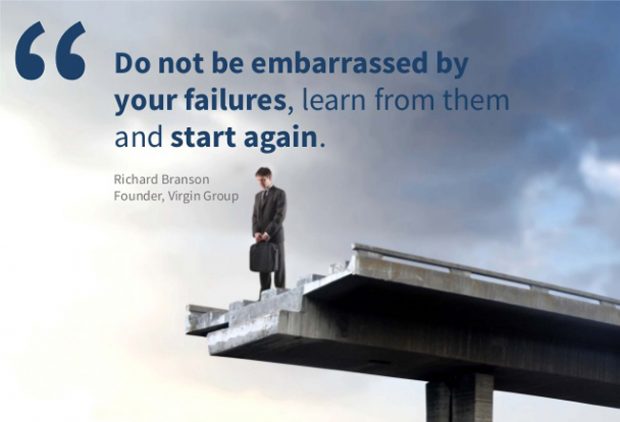 Do not be embarrassed by your failures, learn from them and start again. – Richard Branson

Success is most often achieved by those who don’t know that failure is inevitable. – Coco Chanel

Every adversity, every failure, every heartache carries with it the seed of an equal or greater benefit. – Napoleon Hill

You are never too old to set another goal or to dream a new dream. – C.S. Lewis 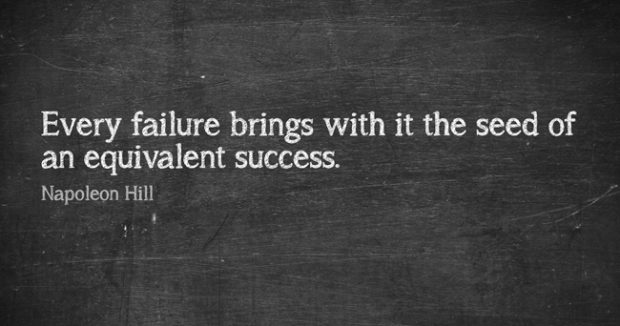 Every failure brings with it the seed of an equivalent success. – Napoleon Hill

Winners are not afraid of losing. But losers are. Failure is part of the process of success. People who avoid failure also avoid success. – Robert T. Kiyosaki

No matter how many mistakes you make or how slow you progress, you are still way ahead of everyone who isn’t trying. – Tony Robbins

Entrepreneurs average 3.8 failures before final success. What sets the successful ones apart is their amazing persistence. – Lisa M. Amos 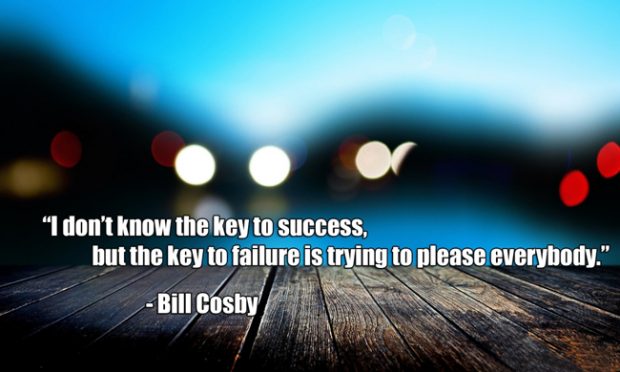 I don’t know the key to success, but the key to failure is trying to please everybody. – Bill Cosby

As we know that the failures are stepping stones to success, we need to consider failures as feedback and thereby strategize them towards the final outcome. – Razzab Shaikh

Failure should be our teacher, not our undertaker. Failure is delay, not defeat. It is a temporary detour, not a dead end. Failure is something we can avoid only by saying nothing, doing nothing, and being nothing. – Denis Waitley

I’ve missed more than 9000 shots in my career. I’ve lost almost 300 games. 26 times, I’ve been trusted to take the game winning shot and missed. I’ve failed over and over and over again in my life. And that is why I succeed. – Michael Jordan

Dear, never loss hope and try your best to be succeed on your goal, we hope these compilation of failure quotes will change your general view about failure and you will find the way to accept failure positively!