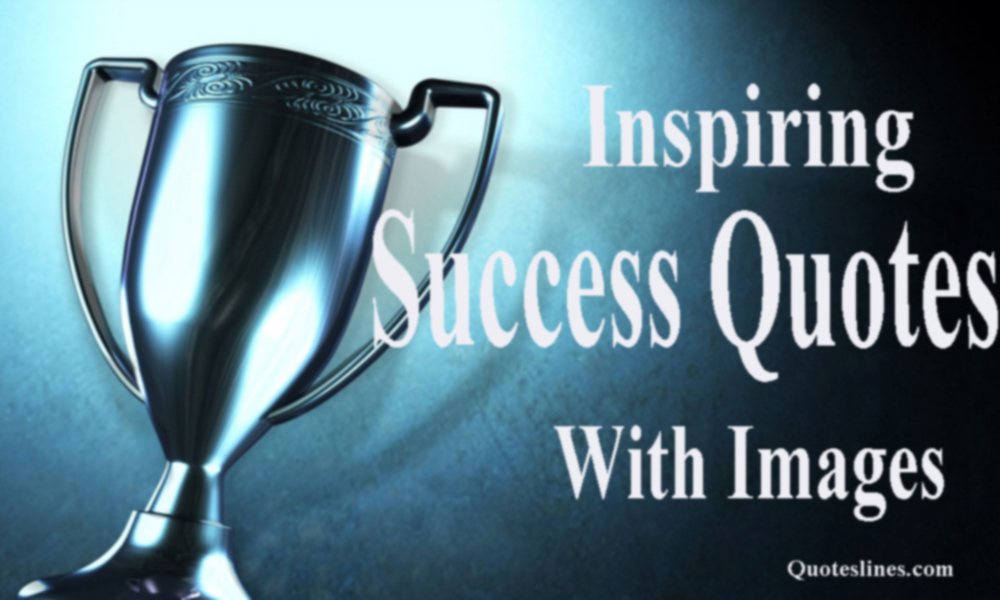 Success is the most expected things for everyone and surely it depends on your hard work and determination among other qualities. If you read Success Quotes and motivational sayings about success from famous people then you will be more confident for your own success. Really, inspirational quotes on success and motivational sayings are the perfect way to give yourself a boost when you need to know more about success. Here we brought to you a huge compilation about success quotes with images to make you more stronger to gain your success with strong determination!

Eighty percent of success is showing up. – Woody Allen

Success is where preparation and opportunity meet. – Bobby Unser

Some people dream of success… while others wake up and work hard at it. 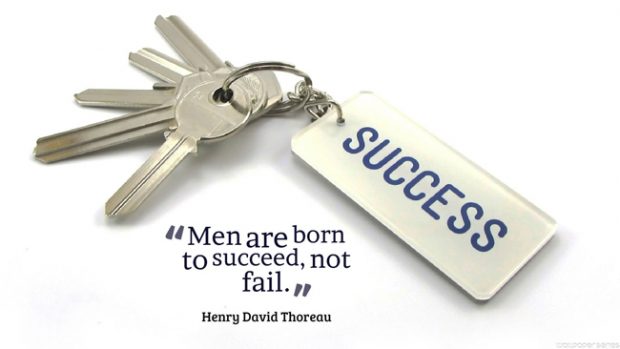 Men are born to succeed, not fail. – Henry David Thoreau

For success, attitude is equally as important as ability. – Harry F. Banks

Before anything else, preparation is the key to success. – Alexander Graham Bell

What is success? It is a toy balloon among children armed with pins. – Gene Fowler

Success usually comes to those who are too busy to be looking for it. – Henry David Thoreau

Judge your success by what you had to give up in order to get it. – Dalai Lama 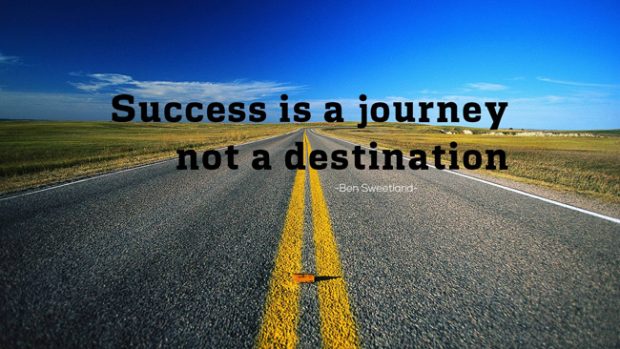 Success is a journey not a destination. – Ben Sweetland

Success is simple. Do what’s right, the right way, at the right time. – Arnold H. Glasow

Success is the sum of small efforts, repeated day-in and day-out. – Robert Collier

The trick to succeeding is to stop thinking that there’s a trick to everything. – Robert Brault

In order to succeed, your desire for success should be greater than your fear of failure. – Bill Cosby

Success consists of going from failure to failure without loss of enthusiasm. – Winston Churchill 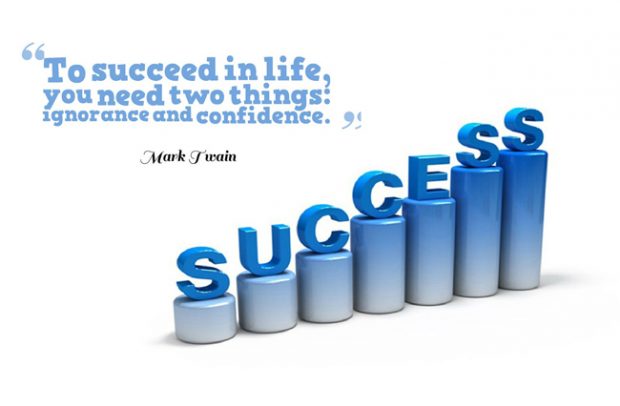 To succeed in life, you need two things; ignorance and confidence. – Mark Twain

Success is more permanent when you achieve it without destroying your principles. – Walter Cronkite

Success is focusing the full power of all you are on what you have a burning desire to achieve. – Wilfred Peterson

I don’t know the key to success, but the key to failure is trying to please everyone. – Bill Cosby 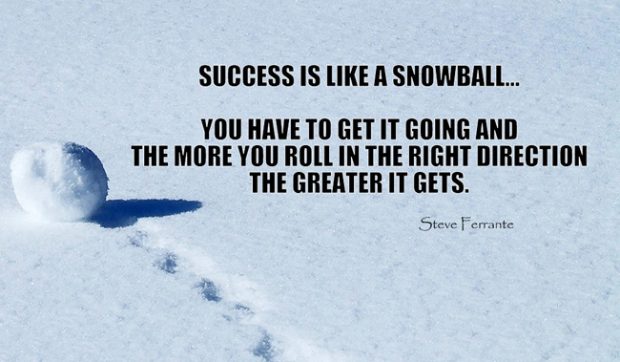 Success is like a snowball… you have to get it going and the more you roll in the right direction the greater it gets. – Steve Ferrante

As you climb the ladder of success, be sure it’s leaning against the right building. – H. Jackson Brown, Jr.

Always bear in mind that your own resolution to succeed is more important than any other. – Abraham Lincoln

Don’t aim for success if you want it; just do what you love and believe in, and it will come naturally. – David Frost

To be successful you must accept all challenges that come your way. You can’t just accept the ones you like. – Mike Gafka 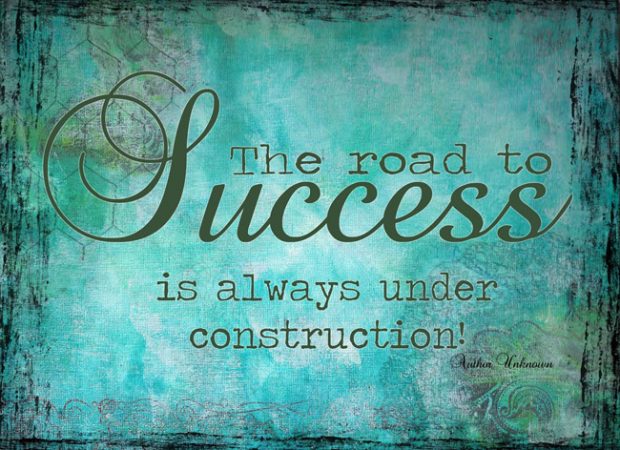 The road to success is always under construction. – Lily Tomlin

Put your heart, mind, and soul into even your smallest acts. This is the secret of success. – Swami Sivananda

Success without honor is an unseasoned dish; it will satisfy your hunger, but it won’t taste good. – Joe Paterno

It’s fine to celebrate success but it is more important to heed the lessons of failure. – Bill Gates 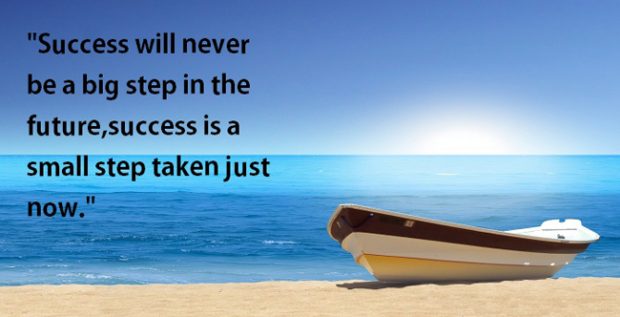 Success will never be a big step in the future, success is a small step taken just now.

A successful man is one who can lay a firm foundation with the bricks others have thrown at him. – David Brinkley

The first step toward success is taken when you refuse to be a captive of the environment in which you first find yourself. – Mark Caine

A strong, positive self-image is the best possible preparation for success. – Joyce Brothers

The distance between insanity and genius is measured only by success. – Bruce Feirstein 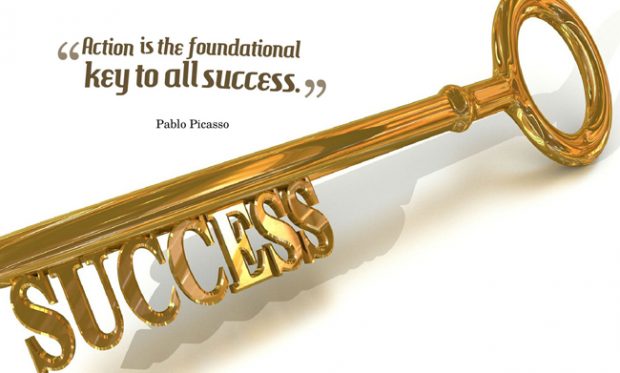 All you need in this life is ignorance and confidence, and then success is sure. – Mark Twain

I owe my success to having listened respectfully to the very best advice, and then going away and doing the exact opposite. – G. K. Chesterton

Success is not the key to happiness. Happiness is the key to success. If you love what you are doing, you will be successful. – Albert Schweitzer 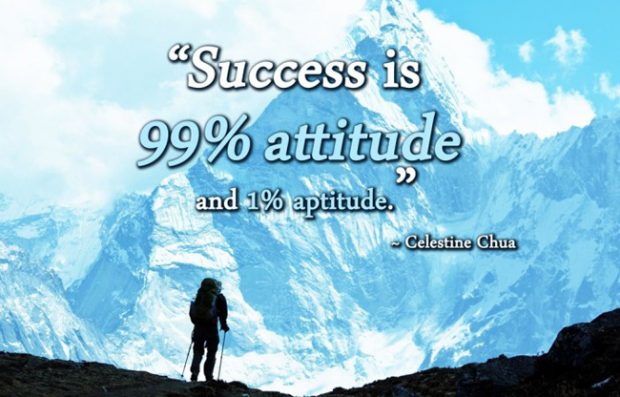 Success…everyone wants it, but most of us really have no idea how to achieve it. In fact, do we even really know what “success” means?

Success is no accident. It is hard work, perseverance, learning, studying, sacrifice and most of all, love of what you are doing or learning to do. – Pele

No one is going to hand me success. I must go out & get it myself. That’s why I’m here. To dominate. To conquer. Both the world, and myself.

Your success and happiness lies in you. Resolve to keep happy, and your joy and you shall form an invincible host against difficulties. – Helen Keller 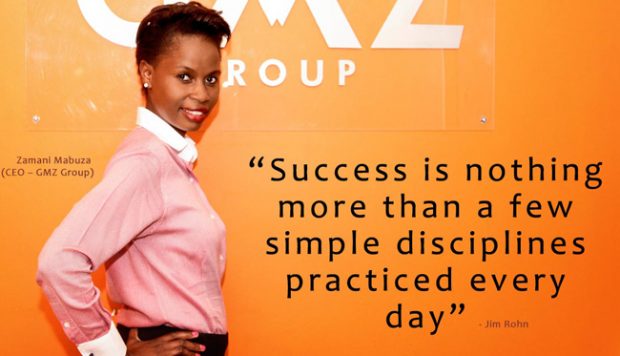 Successful and unsuccessful people do not vary greatly in their abilities. They vary in their desires to reach their potential. – John C. Maxwell

The price of success is hard work, dedication to the job at hand, and the determination that whether we win or lose, we have applied the best of ourselves to the task at hand. – Vince Lombardi

Success? I don’t know what that word means. I’m happy. But success, that goes back to what in somebody’s eyes success means. For me, success is inner peace. That’s a good day for me. – Denzel Washington

Success is just a war of attrition. Sure, there’s an element of talent you should probably possess. But if you just stick around long enough, eventually something is going to happen. – Dax Shepard 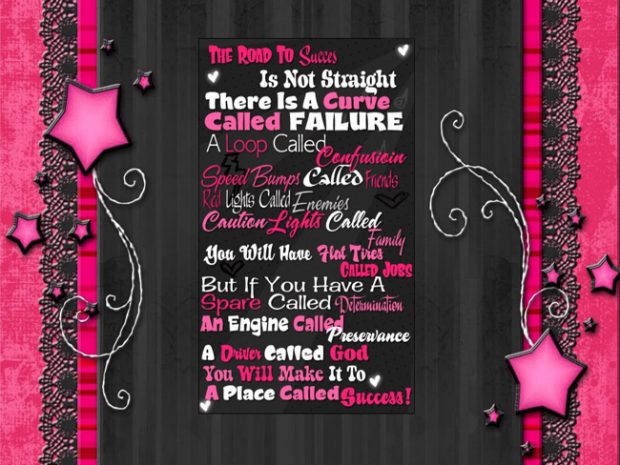 Success is going from failure to failure without a loss of enthusiasm.

Success is no second-hand thing. It is all right to give men the impulse, but the details they must work out themselves. – Edward Mott Woolley

Success seems to be connected with action. Successful people keep moving. They make mistakes, but they don’t quit. – Conrad Hilton

We hope that you have find your search here and please don’t just stop there you should share these motivational thoughts about success on social media with your friends, family and others to show your powerful desire that lights up not just your own life but also the people around you.