Feminist Quotes: “Feminism” The word itself carries a vast spectrum. Feminism means political, economic, personal, and social equality of gender. It is a movement that ensures women have equal rights to flourish themselves in whatever way they want to. Even though feminism means giving women equal rights, it’s still now criticized and misunderstood by mass people of society. Women are still very much neglected in our society. We need more people to support feminism, this way we can ensure women’s empowerment. We have a huge compilation of feminist quotes that will help you to know more about feminism and why we need it in our society.

“A feminist is anyone who recognizes the equality and full humanity of women and men.” – Gloria Steinem

“Life is not a competition between men and woman. It is a collaboration.” – David Alejandro Fearnhead

“The thing women have yet to learn is nobody gives you power. You just take it.” – Roseanne Barr 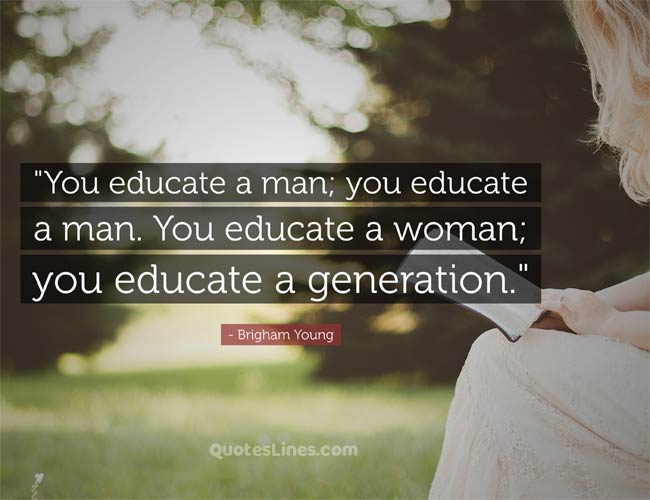 “I do not wish women to have power over men; but over themselves.” – Mary Shelley

“I think the key is for women not to set any limits.” – Martina Navratilova

“Don’t compromise yourself. You are all you’ve got. There is no yesterday, no tomorrow, it’s all the same day.” – Janis Joplin

“I do not feel any less of a woman. I feel empowered that I made a strong choice that in no way diminishes my femininity.” – Angelina Jolie 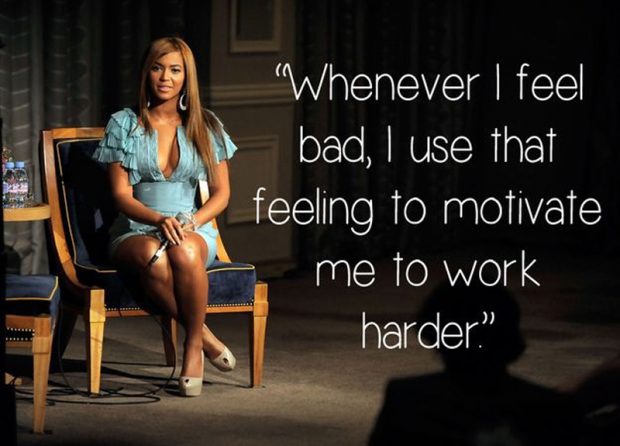 “We have to free half of the human race, the women, so that they can help to free the other half.” – Emmeline Pankhurst

“No woman gets an orgasm from shining the kitchen floor.” – Betty Friedan

“I am not free while any woman is unfree, even when her shackles are very different from my own.” – Audre Lorde

“Feminism is not a rule book, but a discussion, a conversation, a process.” – Tavi Gevinson

“We’ve chosen the path to equality, don’t let them turn us around.” – Geraldine Ferraro 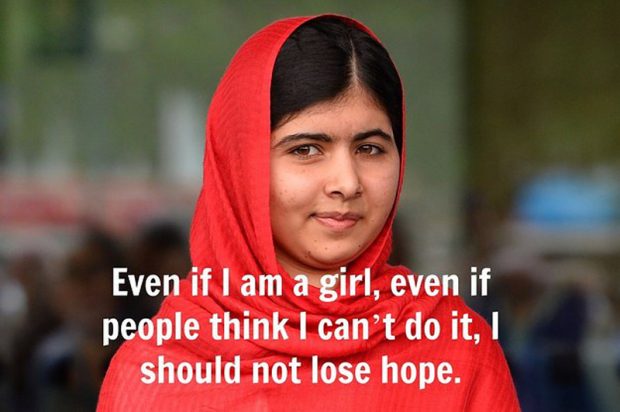 “Why do you have to choose what type of woman you are? Why to label yourself anything?” – Beyonce

“If you look up feminist in the dictionary, it just means someone who believes men and women have equal rights.” – Aziz Ansari

“The emotional, sexual, and psychological stereotyping of females begins when the doctor says, “It’s a girl”.” – Shirley Chisholm

“If we are going to see real development in the world then our best investment is women.” – Desmond Tutu

“Even if I am a girl, even if people think I can’t do it, I should not less hope.” – Malala Yousufzai 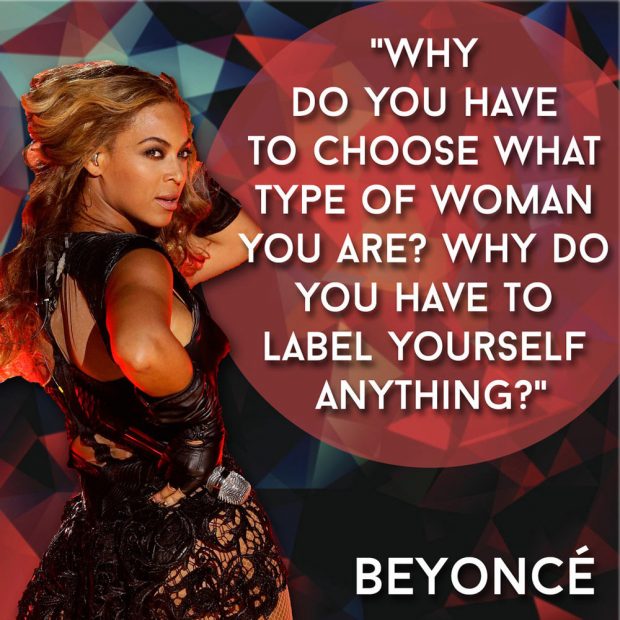 “I’m usually good about my temper, but all these men trying to control women’s bodies are really beginning to piss me off.” – Eddie Vedder

“You can do one of two things; just shut up,  which is something I don’t find easy, or learn an awful lot very fast, which is what I tried to do.” – Jane Fonda

“I’ve probably earned the right to screw up a few times. I don’t want the fear of failure to stop me from doing what I really care about.” – Emma Watson

“No country can ever truly flourish if it stifles the potential of its women and deprives itself of the contributions of half its citizens.” – Michelle Obama

“We cannot succeed when half of us are held beck. We call upon our sisters around the world to be brave, to embrace the strength within themselves and realize their full potential.” – Malala Yousufzai

“Women are still treated as secondary issues. It is still far too easy and accepted for leaders to ignore uncomfortable truths. Women, we know, are the first to be affected by war, and the last to be taken into account when it ends.” – Angelina Julie

“I’m a feminist. I’ve been a female for a long time now. It’d be stupid not to be on my own side.” – Maya Angelou

“A feminist is just someone who recognizes power structures that keep people from having the fullest life they can.” – Lauren Groff 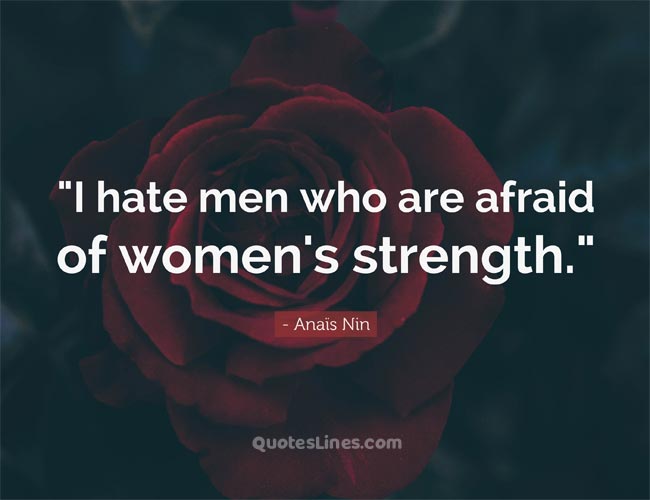 “I call myself a feminist. Isn’t that what you call someone who fights for women’s right?” – Dalai Lama

“All men should be feminists. If men care about women’s rights, the world will be a better place.” – John Legend 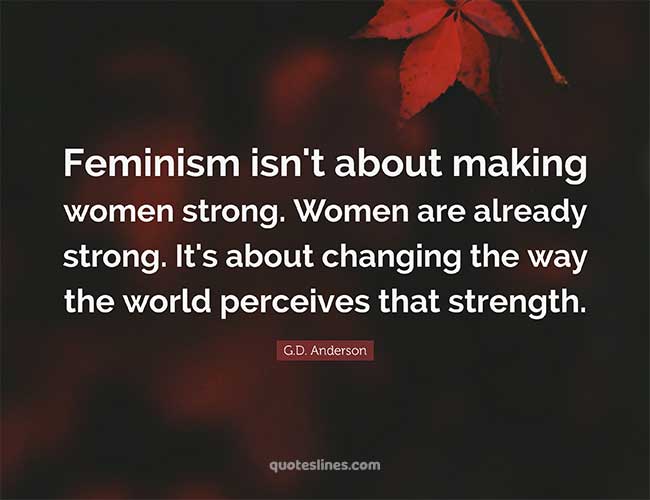 “There is a special place in hell for women who don’t help other women.” – Madeleine Albright

“We are better off when women are empowered -it leads to a better society.” – John Legend

“I believe in gender equality. Being a feminist is for both women and men. I am a feminist.” – Matt McGorry

“Think like a queen. A queen is not afraid to fail. Failure is another steppingstone to greatness.” – Oprah Winfrey

“There never will be complete equality until women themselves help to make laws and elect lawmakers.” – Susan B. Anthony 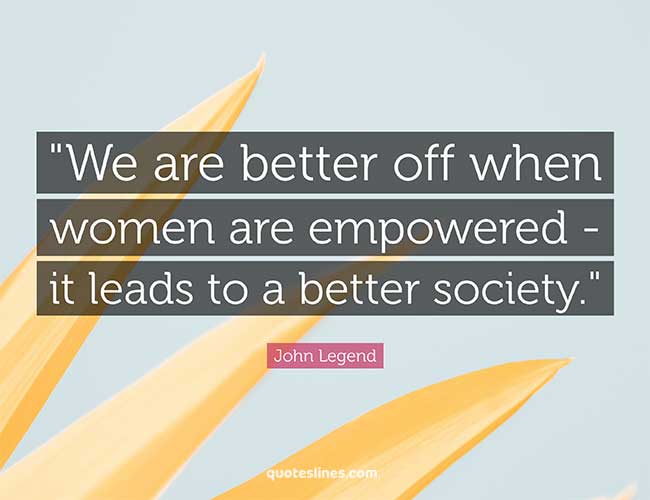 “My idea of feminism is self-determination, and it’s very open-ended: every woman has the right to become herself, and do whatever she needs to do.” – Ani DiFranco

“It is time that we all see gender as a spectrum instead of two sets of opposing ideals.” – Emma Watson

“To say you’re not a feminist means that you think men should have more rights and opportunities than women.” – Anonymous

“A woman with a voice is, by definition, a strong woman.” – Melinda Gates

“A feminist is someone who believes in social, political, and economic equality of the sexes.” – Sheryl Sandberg 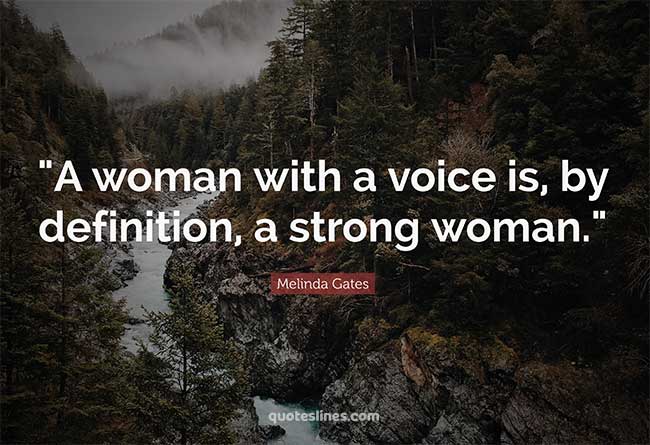 “Who run the world? Girls.” – Beyoncé

“Feminism is for everybody.” – Bell Hooks

“There is no limit to what we, as women, can accomplish.” – Michelle Obama

“Feminism is the radical notion that women are human beings.” – Cheris Kramarae 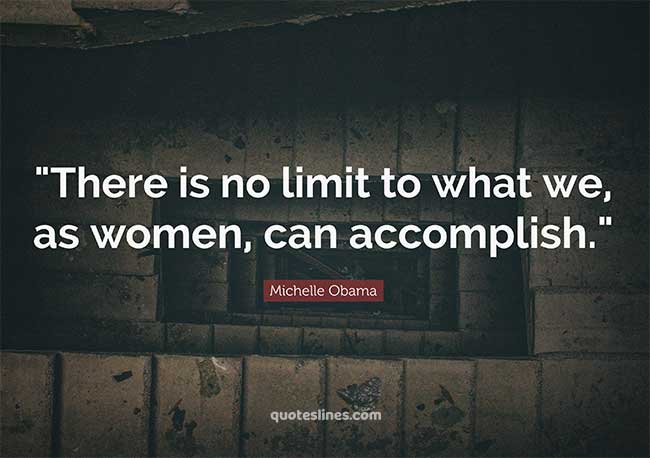 “Women belong in the house and the Senate.” – Anonymous

“It needs to be said and heard: It’s okay to be who you are.” – Hailee Steinfeld

“I hate men who are afraid of women’s strength.” – Anaïs Nin

“Women who seek to be equal with men lack ambition.” – Timothy Leary

“Whenever I feel bad, I use that feeling to motivate me to work harder.” – Beyoncé Knowles

It is of utter importance in this 21st century that we teach our girls and women to stand up on their feet and fight for their rights. Feminism encourages women to be financially independent. It helps women to know their worth and helps them to make a place in the family as well as in society. In this article, we tried our best to present you with a great compilation of feminist quotes. You can share these with your friends and family and also write them in your notes.