Some of the great imagination quotes are listed below to guide you through a magical experience. These imagination quotes will help you to think about regular things in extraordinary terms. Go through the quotes and feel the adrenalin rush. Make sure to take some notes and be brave and imagine your way out. Here are some quotes on creativity and imagination to help you open your eyes and see the world more extraordinarily.

“Logic will get you from A to B. Imagination will take you everywhere.” – Albert Einstein

“Imagination is the eye of the soul.” – Joseph Joubert

“Anyone who lives within their means suffers from a lack of imagination.” – Oscar Wilde 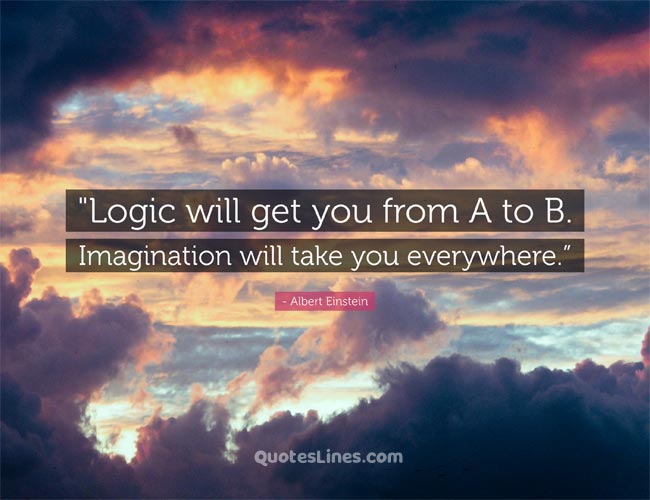 “Imagination does not become great until human beings, given the courage and the strength, use it to create.” – Maria Montessori

“Imagination is the only weapon in the war against reality.” – Lewis Carroll

“Your imagination is your preview of life’s coming attractions.” – Albert Einstein

“You must give everything to make your life as beautiful as the dreams that dance in your imagination.” – Roman Payne

“Reality leaves a lot to the imagination.” – John Lennon 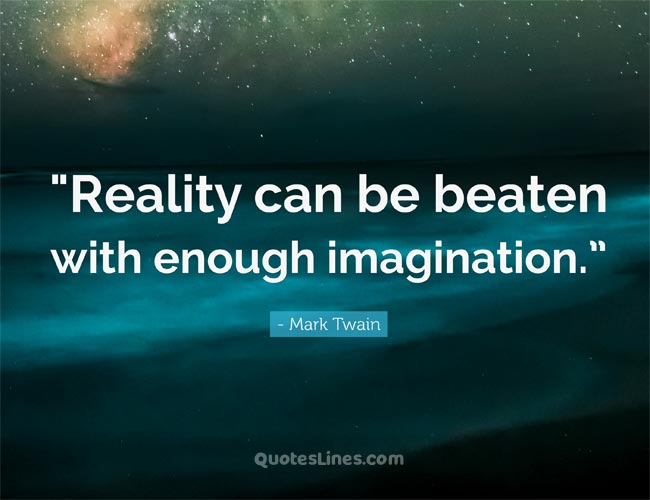 “Our imagination flies, we are its shadow on the earth.” – Vladimir Nabokov

“My imagination will get me a passport to hell one day.” – John Steinbeck

“This world is but a canvas to our imagination.” – Henry David Thoreau

“My imagination functions much better when I don’t have to speak to people.” – Patricia Highsmith 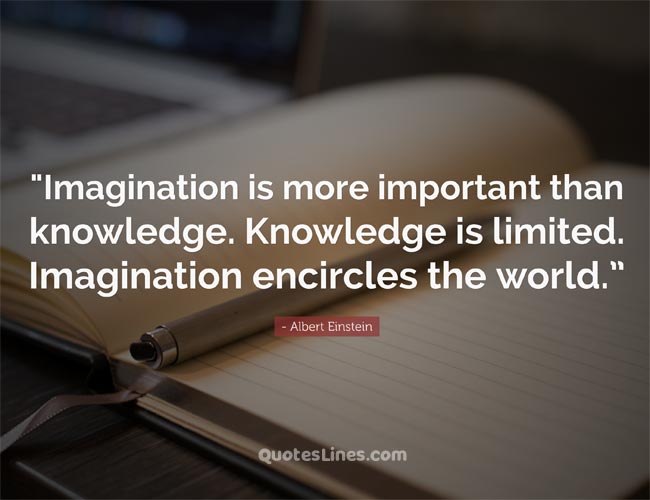 “Imagination is like a muscle. I found out that the more I wrote, the bigger it got.” – Philip José Farmer

“Worry is a misuse of your imagination.” – Chris Hardwick

“It is better to fall in originality than to succeed in imagination.” – Herman Melville

“I am certain of nothing but the holiness of the Heart’s affections and the truth of the Imagination.” – John Keats 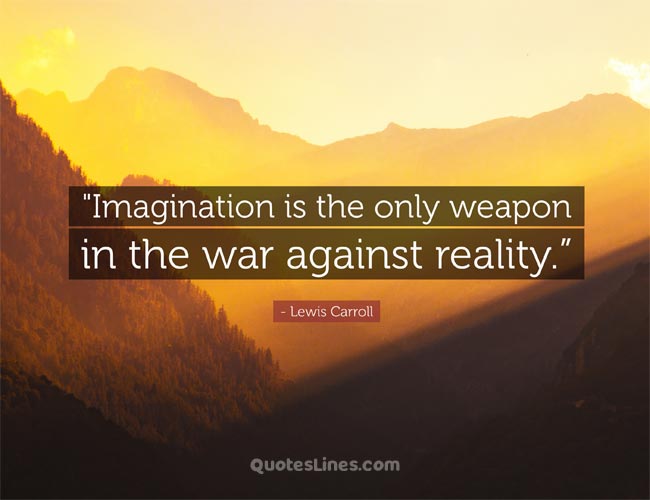 “The world of reality has its limits; the world of imagination is boundless.” – Jean-Jacques Rousseau

“Imagination is the golden-eyed monster that never sleeps. It must be fed; it cannot be ignored.” – Patricia A. McKillip

“I am imagination. I can see what the eyes cannot see. I can hear what the ears cannot hear. I can feel what the heart cannot feel.” – Peter Nivio Zarlenga

Quotes on Creativity and Imagination

“The power of imagination created the illusion that my vision went much farther than the naked eye could actually see.” – Nelson Mandela

“Imagination is the beginning of creation. You imagine what you desire, you will what you imagine, and at last, you create what you will.” – George Bernard Shaw 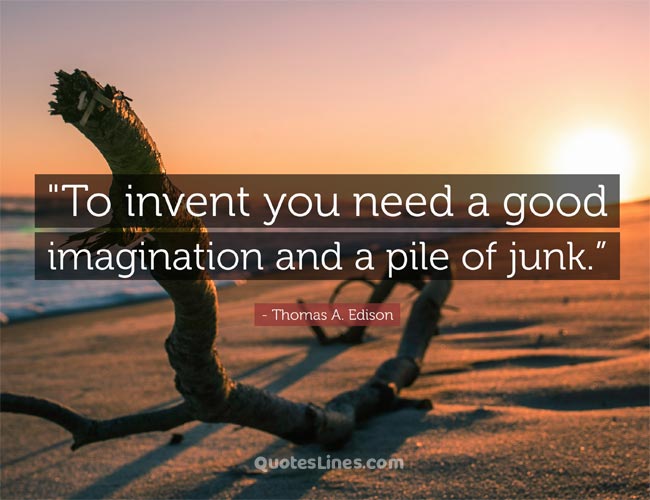 “Imagination will often carry us to worlds that never were, but without it we go nowhere.” – Carl Sagan

“Laughter is timeless, imagination has no age and dreams are forever.” – Walt Disney

“Often we use the word problem only because we have not learned that imagination and creativity can handle the situation.” – Wayne Dyer

“Disneyland will never be completed. It will continue to grow as long as there is imagination left in the world.” – Walt Disney 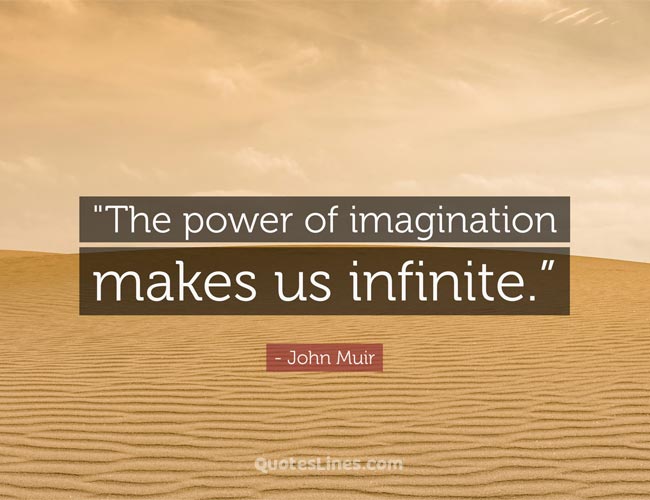 “To invent, you need a good imagination and a pile of junk.” – Thomas Edison

“Every great advance in science has issued from a new audacity of the imagination.” – John Dewey

“Reason can answer questions, but imagination has to ask them.” – Ralph Gerard

“Creativity involves breaking out of expected patterns in order to look at things in a different way.” – Edward de Bono 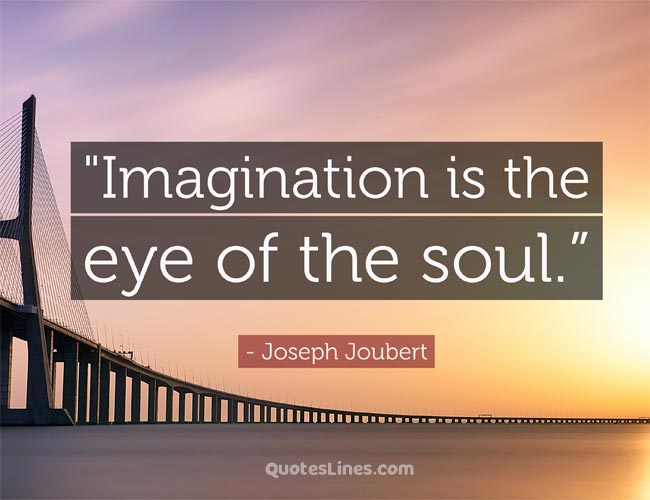 “Creativity is a wild mind and a disciplined eye.” – Dorothy Parker

“Creative minds have always been known to survive any kind of bad training.” – Anna Freud

“The best way to have a good idea is to have a lot of ideas.” – Dr. Linus Pauling 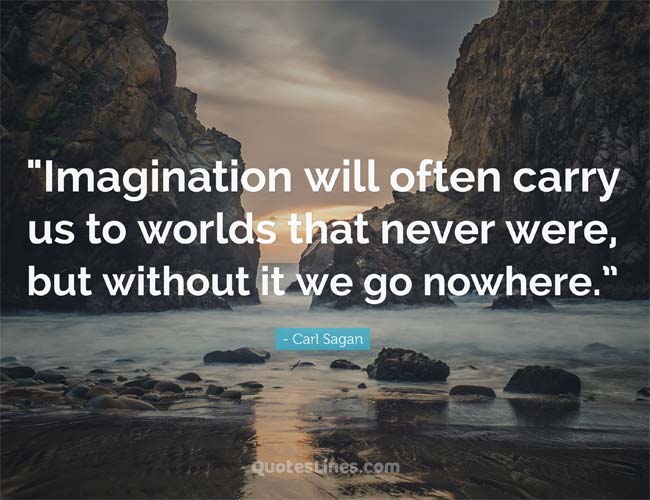 “Imagination disposes of everything; it creates beauty, justice, and happiness, which is everything in this world.” – Blaise Pascal

“An idea is salvation by imagination.” – Frank Lloyd Wright

“Reality can be beaten with enough imagination.” – Mark Twain

“Everything you can imagine is real.” – Pablo Picasso 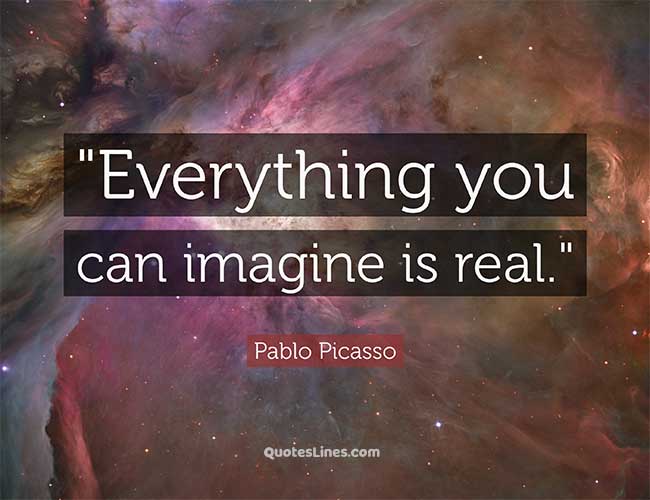 “The man who has no imagination has no wings.” – Muhammad Ali

“What we wish, we readily believe, and what we ourselves think, we imagine others think also.” – Julius Caesar

“To invent you need a good imagination and a pile of junk.” – Thomas A. Edison

“You can’t depend on your eyes when your imagination is out of focus.” – Mark Twain 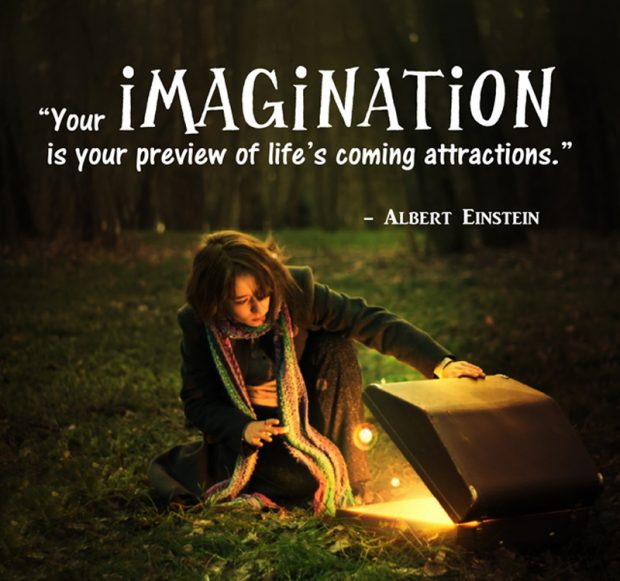 “The power of imagination makes us infinite.” – John Muir

“Stories of imagination tend to upset those without one.” – Terry Pratchett

“Imagination is everything. It is the preview of life’s coming attractions.” – Albert Einstein

“Live out of your imagination, not your history.” – Stephen Covey

“Our imagination is the only limit to what we can hope to have in the future.” – Charles Kettering

Hope the magic of imagination be cast on you through your lifetime and helps you see things differently. Finding shapes on the clouds of the sky to imagining normal day-to-day objects as fictional things- shows your imagination power. This power helps you to lead a life as a creative genius, makes your life more charming than ever. Try to be more creative and share beautiful creative and imaginary quotes with people. Seize the day with your imagination. Get a grip of the boring life and make sure to have a wonderful day.

Send these imagination quotes to your friends and family to make them realize how preciously they can live their life. Make sure to keep inspiring people and get inspired yourself by these imagination quotes. Let the magic cast and give you a serotonin boost. Smile and be cheerful. Live a life worth living and make the best use of it. Be more creative than yesterday and leave an impact. Have a blissful life with a wild imagination. Take your magic wand and go for the extreme rides. Make sure to smile brighter and live longer with that amazing set of imagination power. Be creative, be bold- live better than ever.