Selfish People Quotes: Selfishness plays a big part in our life. Either we play the role of a selfish person in other’s life or get played by selfish people. Even though avoiding selfish people is advised but on a basis of day-to-day life that’s not possible. Hence here are some selfish people quotes that are assembled. Some people are just way too wrapped up with their selves and cannot care any less for others. Try to stay away from such people to have a brighter and more pleasant day.

“People are so selfish. Those you help are the ones who turn against you.” – Munshi Premchand

“The world is not fair, and often fools, cowards, liars and the selfish hide in high places.” – Bryant H. McGill

“Intensely selfish people are always very decided as to what they wish. They do not waste their energies in considering the good of others.” – Ouida 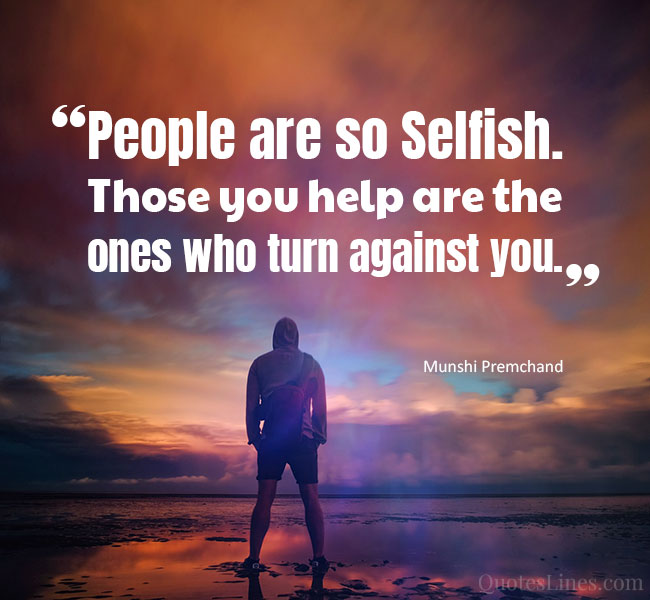 “Most people are far too much occupied with themselves to be malicious.” – Friedrich Nietzsche

“It’s good to be selfish. But not so self-centered that you never listen to other people.” – Hugh Hefner

“Like everybody else, I am naturally selfish, and so I’m going to think about myself.” – Kirk Cousins

“I am thankful for the selfish people in my life. They have shown me, exactly who I don’t want to be.”

“Selfish people don’t care about you, unless you are doing something for them.”

“Selfish people lost so much in life, because even when they realize they are wrong, they don’t know how to ask for forgiveness or show regrets.” 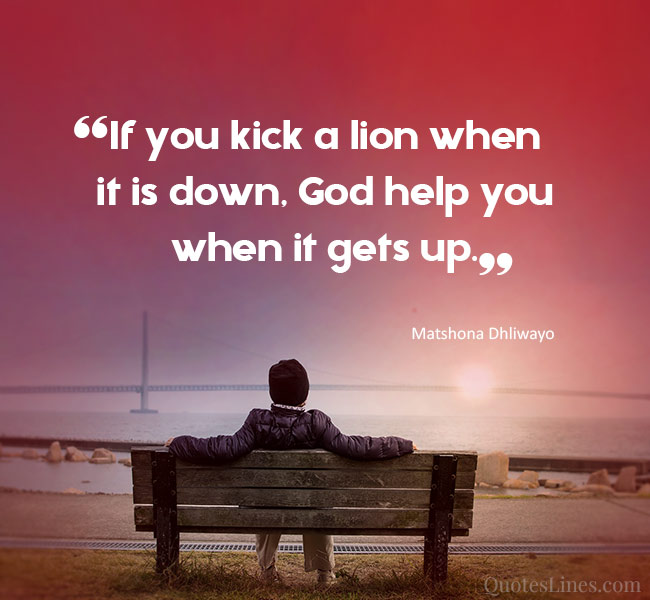 “The best weapon for selfishness is selfishness for the cause of others.” – Enock Maregesi

“Selfishness is when you only remember a friend if you need something from them.”

“People of delicate health, selfish dispositions, and coarse minds, can always bear the sufferings of others placidly.” – Lady Isabel Burton

“There are many things that we would throw away if we were not afraid that others might pick them up.” – Oscar Wilde

“Sometimes people don’t notice the thing we do for them until we stop doing them.”

“A man is called selfish not for pursuing his own good, but for neglecting his neighbor’s.” 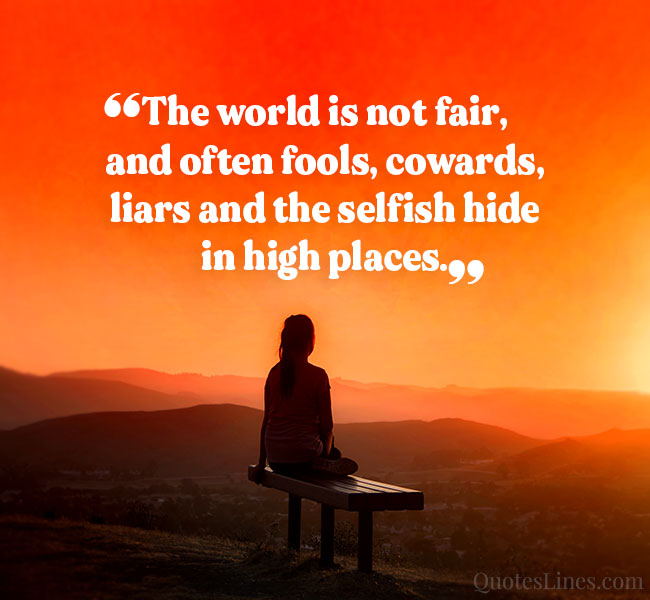 “Selfishness must always be forgiven you know, because there is no hope of a cure.” – Jane Austen

“People is, I think, it’s their nature – some people’s nature, in a way, to be angry or jealous or just spiteful about somebody else’s blessings. – Jill Scott”

“The worst kind of person to deal with is one who listened to everything you’ve gone through and put you through it again.”

“We all should rise, above the clouds of ignorance, narrowness, and selfishness.” – Booker T. Washington

“I have been selfish all my life, in practice, though not in principle.” – Jane Austen

“Avoid Selfish Person if you would have peace.”

“It is a clear gain to sacrifice pleasure in order to avoid pain.” – Arthur Schopenhauer 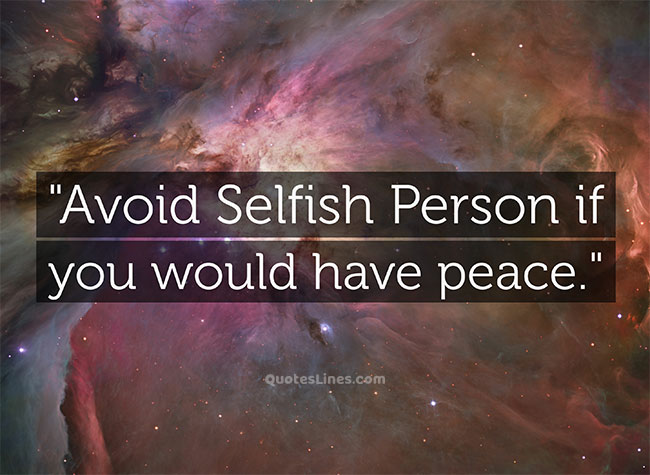 “Accept yourself, love yourself, and keep moving forward. If you want to fly, you have to give up what weighs you down.” – Roy T. Bennett

“Do not worry about avoiding temptation. As you grow older it will avoid you.” – Joey Adams

“Cutting people out of my life doesn’t mean I hate them. It means I respect myself.”

“Never take to much care on someone, because you won’t be able to stand the pain when they start avoiding you.”

“There is time to be a nice person. And there’s a time to say enough is enough.” 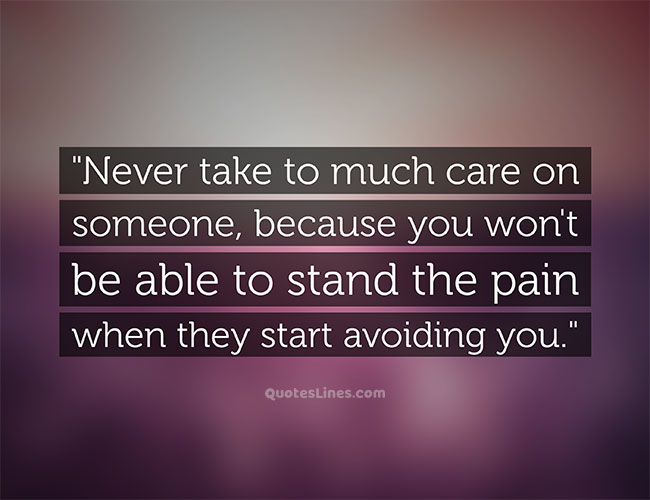 “You don’t have to accept things you are not okay with.”

“Let go of the people who dull your shine, poison your spirit, and bring you drama. Cancel your subscription to their issues.” – Dr. Steve Maraboli

“Once you feel you are avoided by someone, never disturb them again.”

“Nothing is as dangerous as an ignorant friend; a wise enemy is to be preferred.” – Jean de La Fontaine

Read: Honesty and Trust in a Relationship

Quotes About Selfishness In Relationships 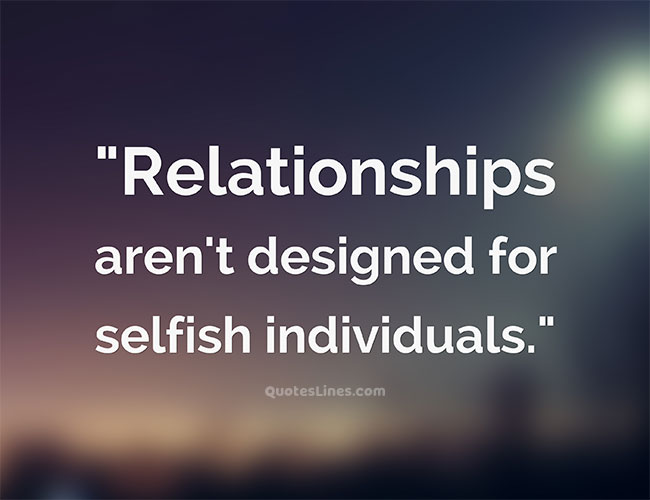 “You made me feel that you really liked me. And then you just left, just like it was nothing.”

“Marriage is just an elaborate game that allows two selfish people to periodically feel that they’re not.” – Paul Reiser

“Selfishness comes from poverty in the heart, from the belief that love is not abundant.” – Don Miguel Ruiz

“Never waste your time and feelings on someone who does not value them.”

“Romantic love is the most selfish of all emotions.” – Ellen Kenner

“Love is the most selfish of all the passions.” – Alexandre Dumas

“Relationships based on selfish reasons will not give you love, fulfillment or inner-happiness.” – Hina Hashmi 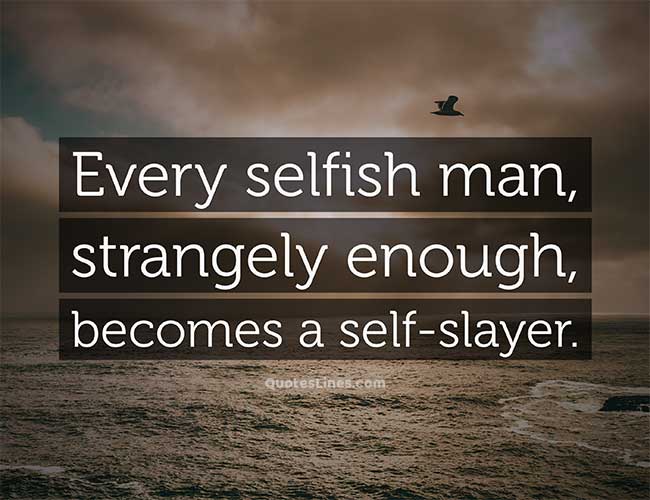 “Every man must decide whether he will walk in the light of creative altruism or in the darkness of destructive selfishness.” – Martin Luther King Jr.

“Glory, built on selfish principles, is shame and guilt.”

“Betrayal is advancing myself at the expense of the one who I committed myself to advance.” – Craig D. Lounsbrough

Quotes About Selfish People Hurting Others

“Anger, resentment and jealousy doesn’t change the heart of others– it only changes yours.” – Shannon Alder

“If you kick a lion when it is down, God help you when it gets up.” – Matshona Dhliwayo

“Before hurting others, feel the pain you will inflict on others.” – Debasish Mridha

“People were hurt, and because they were hurt, they were angry and quarreled and were jealous of one another.” – Emanuel Celler

“Selfishness is not living as one wish to live, it is asking others to live as one wishes to live.”

“All life demands struggle. Those who have everything given to them become lazy, selfish, and insensitive to the real values of life.”

“A man is not hurt so much by what happens, as by his opinion of what happens.” – Michel de Montaigne

“Just because it’s not what you were expecting, doesn’t mean it’s not everything you need right now.” – Paulo Coelho

Always remember that selfish people only care about themselves and only will treat you with enough love and care as long as they can sugar you out for their benefit. Once their work is done- you do not hold any value to them. Selfish people are trash and they bring nothing but negativity into one’s life. Stay away from a person who brings such energy and drags you down on every aspect of your life. For avoiding a selfish person trying to maintain a smaller circle whose beliefs are as similar as yours. Gentle reminders that selfishness in relationships will drain all your energy and make you lose your mind. As mentioned before a selfish person keeps hurting others for their own entertainment so better to let such people from life.