Math Quotes: Mathematics can be a passion or a nightmare. There’s almost no in-between. But there’s a beauty that lies in maths. If you keep exploring it, understand it and get enough inspiration, maths can be just as fun as any other subject. People who loved and worked on mathematics have written their names on the list of legends. From the earliest civilization till the 21st century of technology, it is the only subject that has been with us and played a tremendous role in development.

Famous quotes about mathematics can be a great source of inspiration for kids and students who are struggling in it. It can also influence exceptional math prodigies to step up their game. Many teachers and students look for inspirational math quote to put up on their bedroom walls or classroom walls. To help you find your favorite quote we have a list comprised of popular math quotes.

“Mathematics is the language with which God has written the universe.” – Galileo Galilei

“Pure mathematics is, in its way, the poetry of logical ideas.” – Albert Einstein

“What is mathematics? It is only a systematic effort of solving puzzles posed by nature.” – Shakuntala Devi 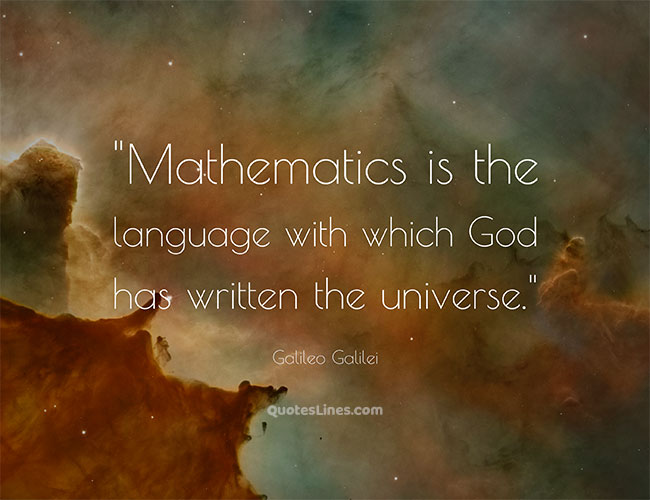 “Mathematics is the gate and key to science.” – Roger Bacon

“Mathematics is the most beautiful and most powerful creation of the human spirit.” – Stefan Banach

“Mathematics is the key and door to the sciences.” – Galileo Galilei 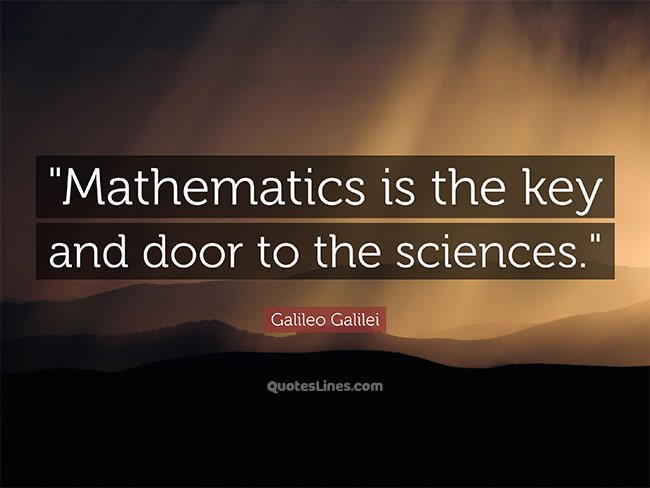 “Math is a king of all science and all mathematicians are kings of all scientists.” – Anonymous

“The essence of mathematics lies in its freedom.” – Georg Cantor

“In a sense, mathematics has been most advanced by those who distinguish themselves by intuition rather than by rigorous proofs.” – Felix Klein

“It is the duty of all teachers, and of teachers of mathematics in particular, to expose their students to problems much more than to facts.” – Paul Halmos 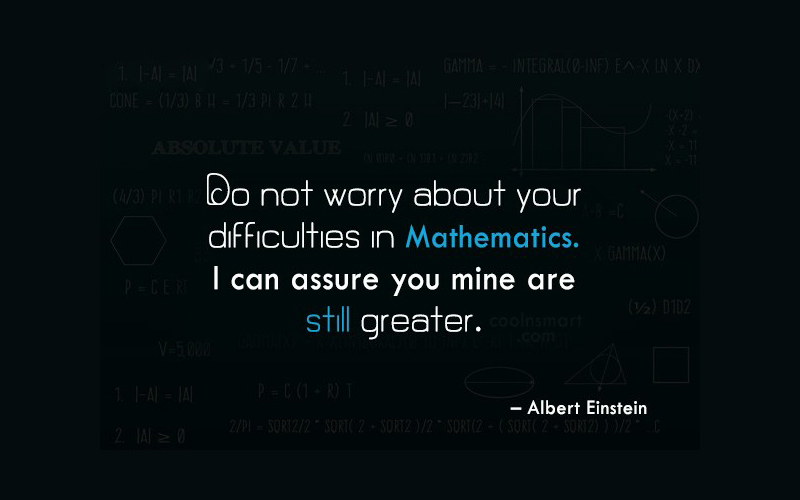 “Mathematics knows no races or geographic boundaries; for mathematics, the cultural world is one country.” – David Hilbert

“But mathematics is the sister, as well as the servant, of the arts and is touched with the same madness and genius.” – Harold Marston Morse

“Do not worry about your difficulties in mathematics. I can assure you mine are still greater.” – Albert Einstein

“Life is a math equation. In order to gain the most, you have to know how to convert negatives into positives.” – Anonymous

“Mathematics is the music of reason.” – James Joseph Sylvester 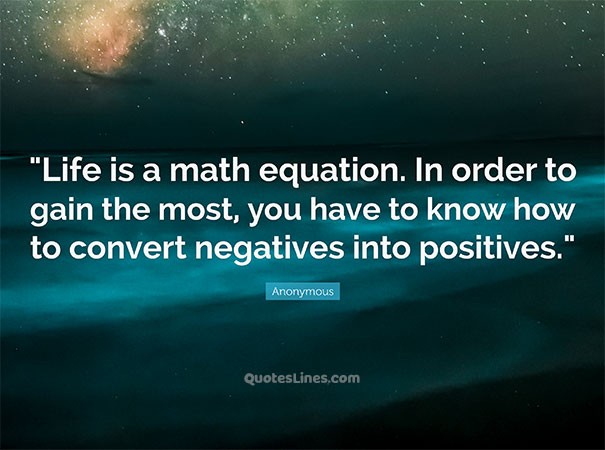 “Obvious is the most dangerous word in mathematics.” – Eric Temple Bell

“A mathematician is a blind man in a dark room looking for a black cat which isn’t there.” – Charles Darwin

“In mathematics the art of proposing a question must be held of higher value than solving it.” – Georg Cantor

“I’ve always enjoyed mathematics. It is the most precise and concise way of expressing an idea.” – N.R. Narayana Murthy 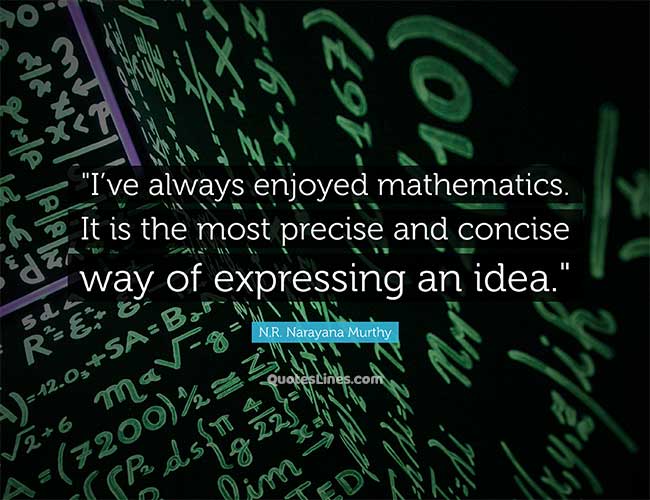 “It is clear that the chief end of mathematical study must be to make the students think.” – John Wesley Young

“Do not worry too much about your difficulty in mathematics, I can assure you that mine are still greater.” – Albert Einstein

“It is the supreme art of the teacher to awaken joy in creative expression and knowledge.” – Albert Einstein

“The only way to learn mathematics is to do mathematics.” – Paul Halmos 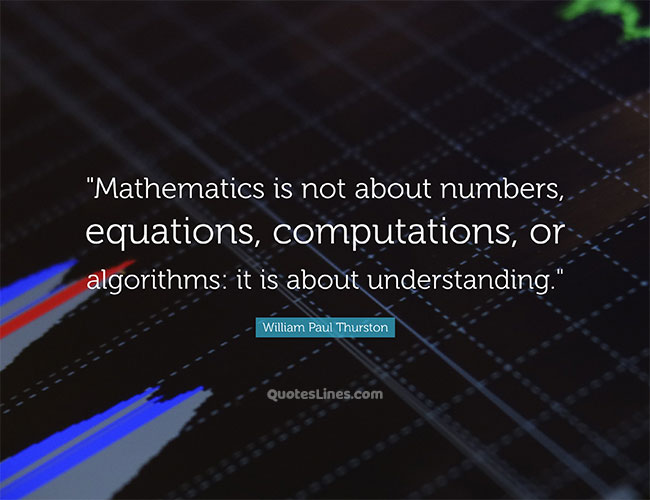 “Mathematics is not about numbers, equations, computations, or algorithms: it is about understanding.” – William Paul Thurston

“You can be creative in anything — in math, science, engineering, philosophy- as much as you can in music or in painting or in dance.” – Ken Robinson

“I am still waiting for the day I’ll use mathematics integration in real life.” – Derrick Obedgiu

“Dear math grow up and solve your own problem.” – Anonymous 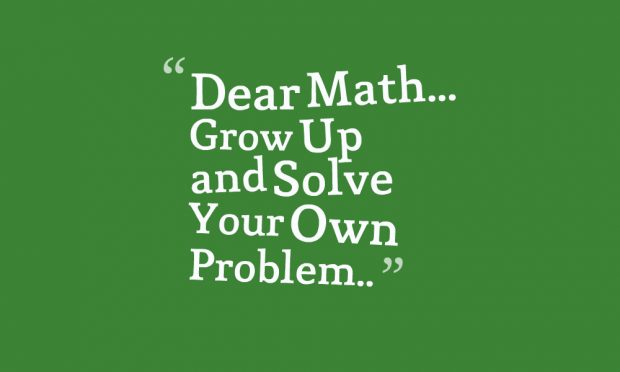 “I was good at math before they decided to mix the alphabet in it.” – Anonymous

“Mathematics is a place where you can do things which you can’t do in the real world.” – Marcus du Sautoy

“Mathematics is like love; a simple idea, but it can get complicated.” – Anonymous

“Math can be related to our lives, It teach us to always be careful with the signs.” – Anonymous

“In mathematics, you don’t understand things. You just get used to them.” – John von Neumann 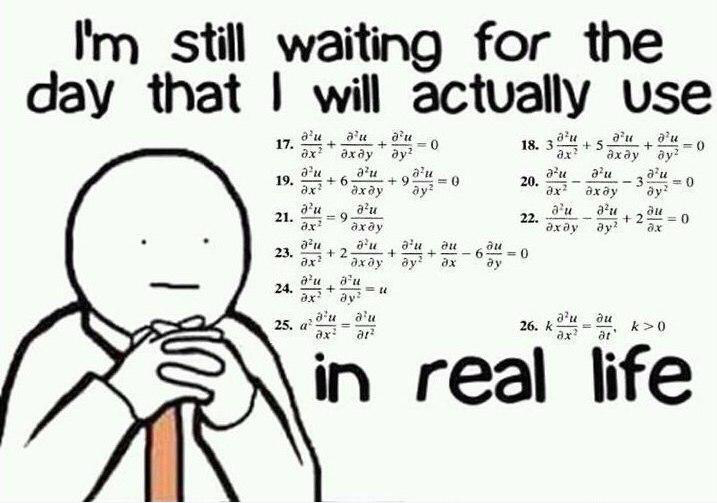 “Five out of four people have trouble with fractions.” – Steven Wright

“Mathematics is the art of giving the same name to different things.” – Henri Poincare

“Dear math, I am not a psychiatrist, please solve your own problems.” – Anonymous

“Math is like a problem in our life think it! before you solve it!” – Anonymous

From Alan Turing to Ramanujan, from Ada Lovelace to Shakuntala Devi, mathematics has created some of the most brilliant minds of the world who later gifted us with outstanding inventions. Needless to say, seeing role models like the aforementioned mathematicians, young prodigies will be inspired to follow in their footsteps. The device you are using to read this content was also a brainchild of a mathematician who loved numbers. We might not realize it but numbers and calculations are all around us making our lives easier in every step. Whether we like it or not, t’s a great skill to acquire going forward.

Our quotes can be of great help if you are looking for some exceptional mathematics quotes. Especially if you are a teacher, getting funny math quotes will not only make your students more interested but also will help you create a laid-back atmosphere in the classroom. Some people struggle with math, some people enjoy it. Getting a mixed list of inspirational and hilarious sayings will help you in both cases. Whatever the reason might be we hope our list of excellent math quotes come in handy and serve their purpose. Feel free to explore the entire list and save your favorite bunch!